How to be a good Project Sponsor 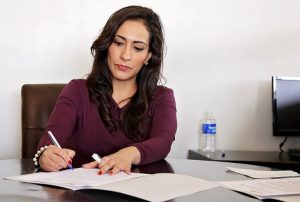 If you’re new to being a project sponsor, it’s OK to be unfamiliar with the role. It’s not OK to continue that way. The buck stops with you. You could have the worst project manager, and the most incompetent project team in the world, if the project fails, it’s still your fault.

1.   Don’t wait until something goes wrong to find out what your PM – and your organisation – expects from you in the role of sponsor. Start by asking your project manager, because they will explain what they need. Be ready to spring into action when needed

2.   Be very clear about the scope of the project and communicate ONLY that scope to other people. Don’t make promises that won’t be delivered, and if there’s pressure on you to increase the scope – check with your project team first to make sure it’s deliverable

3.   Don’t ignore risks and issues! It may be tempting to hope they’ll go away on their own, or to think your PM is exaggerating, but if you’ve been warned and you do nothing about it, you only have yourself to blame

4.   Listen to your project manager. If they’ve done this lots of times before, they can help guide you through the process and you can learn from them. If they have had limited experience, you need to recognise when they’re asking for support

5.   Make prompt decisions. By all means delegate to someone who is more available day-to-day, but don’t pass on the responsibility without passing on the authority. It won’t save you time if you’re having to check or overturn decisions, and it will delay the project and frustrate your team

6.   Tell your PM how you like to work. Some sponsors like daily updates and get anxious if they don’t get them, some only want to be contacted by exception and get annoyed with more frequent communications. Your PM isn’t psychic, but can adapt their style to suit your needs if you tell them what they are

7.   Defend the project! It may come under attack from shifting company priorities, corporate uncertainty and competition for resources. Don’t allow goalposts to keep moving, but if they have to, explain why

8.   Know when to step in. Sometimes projects flounder, sometimes they implode. If you’ve been paying attention, you’ll see it coming. Make sure you recognise that point when you see it, even if no one has asked for help. Remember, the buck stops with you

9.   Recognise the hard work the project team have put in. Many people on the team will be working on top of their day jobs, and delivering to project deadlines can put a real strain on staff. Don’t just rely on your PM to acknowledge a job well done

Being a project sponsor can be a very rewarding role, providing an exciting and novel addition to your day job, where you get to oversee changes that directly improve your organisation.

At worst, it will be stressful and frustrating – but that’s why you’re paid the big bucks! At best, you get to be the super hero, flying in to save the day. Your magical powers of quick decision making and apt intervention may not be the stuff of Marvel Comics, but your project manager will be a fan for life.