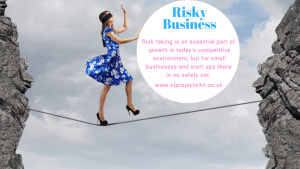 Decisions, decisions, decisions.  I don’t know about you, but I always find that the month of September, that post-holiday period is a time that brings about a renewed energy.  A desire to make the most of that final push of the year and with everybody having the same feeling there is a collective sense of purpose in the air.  With plans and dreams come possibilities, with possibilities come decisions and with any decent sized decision comes risk.  So, the topic of the blog today is a good back to business kind of topic; risk.

When I think of a risk taker in a business environment my mind immediately jumps to a person with a huge, fast-paced, thriving company to look after and the weight of responsibility on their shoulders but whose responsibility?  I’m not denying that this must be a stressful environment but when Carillion collapsed leaving a £900m hole owed to debtors and an equally disheartening pension shortfall of £587m who was it that really burdened the risk?  It doesn’t sound like it was the chief executive Richard Howson who was paid out his six-figure salary and benefits until this year, even after the collapse.  Similarly, CFO Zafer Khan was awarded a six-figure salary after being fired from the company.  It seems that in some big businesses the risks are sent in one direction and the rewards another.

Carillion and risk are two things that Continuous Improvement Projects (CIP) founder Kiran Kachela has direct experience of, her being one of the small businesses that were owed money after the collapse (and one of many whose debt could easily have been covered by the salary of any one of the departing directors)  But unlike the big companies (RBS, Carillion etc.) when a small business or new start up takes on a risk they can be sure that it is entirely on their shoulders.  And it’s not that the big prizes don’t sit behind the risks, it’s just that the risks often involve the families, teams, and livelihoods of those involved; the risk is around them, not underneath them.

So how does a small business calculate risk?  I’m sorry to say that there is no fail-safe equation.  Stacking the potential positives of taking a risk against the potential negatives may at first glance be a sensible approach but surely if the positives are stacked too heavily it’s not a risk at all and conversely a high count of negatives isn’t always indicative of the situation.

When Kiran first decided to set up her company and leave the safety and security of a permanent job that she had made her home for the previous six years it was more than a decision to change jobs, it was a step into the unknown.   It was more than a move from financial security to vulnerability, more than a step away from a senior role to a brand-new, undefined position with a maximum three-month contract.  With two children at home, one only four months old this was a huge risk.  Had the move been plotted on a graph then it would have looked like a terrible decision, no investors would have backed a strategy with such high risks and potential damage to her livelihood.  What motivated her to make this change then?  It was passion, instinct and courage; the chance to work at one of the best universities in the world was an opportunity she knew she couldn’t pass up.  Looking back now, with hindsight, the risk of her not taking this opportunity was not embarking on the journey of starting her consultancy and taking ownership of her career, greater than all of the smaller risks put together.

If measuring and comparing risks and rewards doesn’t always work for small companies then what does?  Risk avoidance may sound like a safe bet but only if you’re not willing to leave the house (metaphorically speaking) and hurling yourself head-first towards all situations leaves your fortune down to luck, a factor you do not want to find yourself depending on.  What about risk identification?  Understanding the risks you face when taking on a situation surely helps to sculpt your performance.  If you understand that you can’t go back to an old job, or your four-month child needs some stability you are more likely to give more of yourself to something and take it seriously.  I’m not suggesting that Kiran didn’t take previous roles seriously but when the stakes are high aren’t you more likely to make more of an effort?

One of the key mindset changes for Kiran was rethinking of a risk as an opportunity and this aligns itself with the above point.   Understand the risk, acknowledge what it takes and turn it into an opportunity and then factor in the risk of not taking up the opportunity.   The risk in this case is often statis and I know that if you are reading this blog you understand that not only is growth and progression something to aim for, it is also necessary for survival in an ever-changing world and universe.

And do risks always pay off?  I think they do if you can learn from them.  When Carillion collapsed Kiran had most of her team embedded in the organisation and was on lengthy payment terms.  It was hard, there’s no doubting that.  With responsibility for paying her team not just for the previous month but the previous three months some of the risks that she had made felt like they were turning into serious mistakes.  On some level they were but a mere year later she has placed her team on different contracts and has learned a lesson about payment terms.  A little was lost, undoubtedly but more gained.

So, the point of this blog is to remind you all that risk is an inevitable part of life and undoubtedly something that is a concern for any small business or start up company in today’s market.  Jobs for life, guaranteed career development, all these things are a thing of the past.  You’re not alone!  Risk is something you have to deal with but with the right identification and attitude you can use it to your advantage and turn uncertainties into opportunities.  And if you are a small business owner who’d like to hear more of CIPs journeys please do get in touch.  We’re looking to build a community who are interested in supporting each other in this ever-changing world.