Remote Working: Are We Keeping Up? 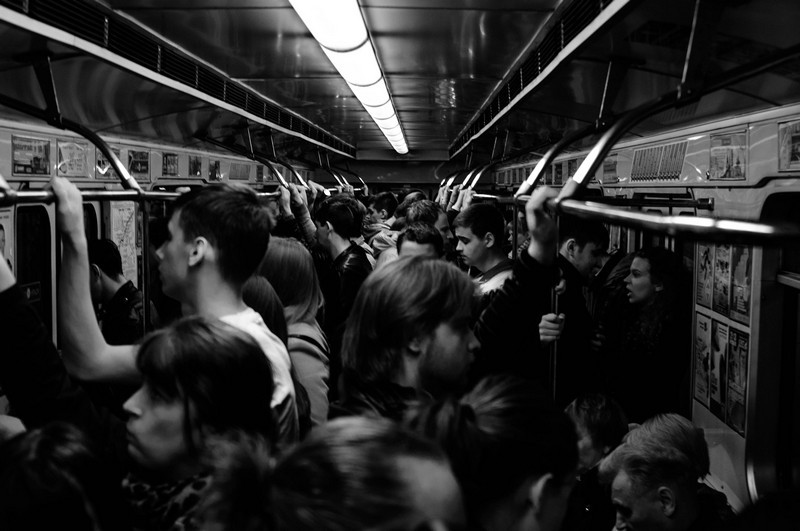 If you live in London, and even if you don’t, you’re probably aware of the Extinction Rebellion protests that took place last month. Concerns about the environment, and the impact we humans are having on it, our ability to sustain our lifestyles as we munch our way through this world’s limited resources, has gone from being a side note to a headline issue that we are urged increasingly to take seriously, and to take seriously right now.

So, we know there’s a problem, and we think it might need our urgent attention. We may even think that the biggest impact we can have personally is on reducing our carbon emissions. A lot of us also know the grim reality that is commuting into a large city for office work.

If you work in an office, then you probably work in an open-plan office because most of us do. In which case, you’ll know that there is never – and I mean never – agreement on how hot, or how cold, the temperature should be. If you’re living the dream and your office has windows that actually open, that’s another point of contention between colleagues. My pleasant, cool summer breeze might be the chill that sets your teeth chattering, so you crank up the heating and I open the window more. And so it goes.

You can be greener than thou through your choice of transport, and if you solely walk or cycle then you’re fitter than me, or you don’t live as far away from the office, and you have my admiration. Trains of course, are the next best choice, but we also get buses, taxis, tubes and – the worst of all – we fly.

On the Today Programme on Radio 4*2 at the end of last month, Dr Bethan Owen from the Centre for Aviation, Transport and the Environment (CATE) at Manchester Metropolitan University was being interviewed. She pointed out that, by the nature of the work she does, a lot of it is global, and although they do have online meetings “through this work we have to meet to get agreement… to actually get an agreement it is difficult to do without that face-to-face contact”.

I don’t mean to pick on Dr Owen, because this is hardly a unique opinion, and it’s one I’ve frequently shared. Yet, the technology has been around for decades that will allow us to communicate with people around the world without having to be in the same room. It’s now so advanced and easy to use, it’s not so very different to being sat next to your colleague as you talk.

This has made me wonder, not for the first time, why it is still expected that people will make the long journey into a city centre, to do a job that doesn’t need them to be there. A lot of jobs do need you to be present – try collecting the bins or putting out a fire remotely – but a lot don’t.

The first project I ever managed, back in 2004, was to implement hot desking and remote working across a team of mostly brand new employees, around 45 people in total. Fifteen years ago, especially at the London Borough Council I worked in at the time, this was pretty new. The motivation was simply that we had grown a lot, very quickly, as a team, and there were far more people than desks.

So, everybody got a laptop and a mobile phone and a sense of complete panic. Well, that’s what I put it down to anyway. I had people shouting at me – actually shouting – because they would no longer have a fixed desk, would have to put their stuff away in a locker at the end of the day, and have to carry a laptop with them. They were really light laptops.

But after a very short space of time, as is so often the case with this kind of change, all the anger and anxiety subsided, leaving a handful of technical issues that did need fixing, and were fixed.

After a couple of months, if you’d tried to return people to the way they’d worked previously, good luck trying. Because it worked. Despite the fact that we had no video conferencing, no messaging app, no cloud computing and nothing recording our presence, the volume of work we got done was huge. Trust in teams to get the job done was high, and delivery was really high. I only remember one occasion when there was a stand-up fight because of desk shortage, and people quickly loved the fact that they could work from pretty much anywhere at any time. Particularly those with childcare to think about.

With all the advances in technology the last 15 years has seen, it’s now effortlessly easy to have productive meetings with any number of people from disparate teams or companies, and they don’t need arranging weeks in advance depending on when everyone can get to the London office. Don’t even get me started on meeting room availability (though there are some very interesting studies out there about meeting room usage showing that if you add more rooms, people book more meetings. But these are stories for another time.)

I know that a lot of people I have worked with go into their offices just to “show their face”. I do it too. I can spend 1.5 hours commuting into an office only to spend the day on video conference calls, or working on something I could have done from anywhere.

I do it because that’s the expectation. I read a report a while back, written by a senior director of a company writing about some underlying cultural issues, as he saw it, in his organisation. One of the issues near the top was “some people are working very hard, but some are almost invisible”.

I found this fascinating, because it implied that you need to be visible to be working very hard. Not so. I think this highlights one of the reasons there is a reluctance to have a fully remote working workforce. I heard it a lot in the run up to rolling out remote working at that London Council: how will I know if anyone is doing any work? What if people sit at home and do nothing?

Thirdly, and I know this sounds simplistic and it isn’t universal, but this honestly has been my experience when managing staff: if you treat people like adults, they tend to act like adults. If you’re clear about what you need people to do, and they know that you value their work so will notice if they don’t do it – combine that with an attitude of not minding when or where they do it, so long as it gets done when it needs to be done – chances are, they’ll do that work.

Moreover, they’re also likely to appreciate the work-life balance working remotely can provide, be far more loyal and flexible as a result, and – this may surprise you – show a greater sense of urgency when it’s needed.

Someone who can do all their work remotely at any time of the day, so can take a couple of hours out to collect the kids and cook their tea, or go to a dentist appointment, or the gym, or just do a load of laundry because the sun came out, is far more likely to put themselves out for you when you need it. It’s human nature.

So why can’t we shake this conviction that we need to be physically in the same room as someone else to get the real work done?

There’s nothing wrong with being in the same room, and there’s certainly nothing wrong with the closeness and simple friendliness of working together in teams. But my experience is that this is just as easy to do – if not actually easier – using modern technology when carrying out office work.

It’s well documented*3 that, traditionally and generally, women struggle to be heard in meetings at work more than men, for all sorts of reasons. I think that’s changing – maybe not as fast as I’d like, but it is – and for me, one of the reasons it’s changing is video conferencing.

On a video conference call, there is a tendency to do a more “round the table” type approach where everyone gets a chance to speak, in a way that doesn’t happen as reliably in a physically-present meeting. I’m not sure why, but that’s my experience. It’s also much, much more obvious when someone is being interrupted on a video call, and to know you are interrupting someone else. I’ve heard people who will readily speak endlessly over other people in the office, back down and apologise for monopolising a video call. (It doesn’t hurt that you can put other people on mute with most video conferencing apps, but I’ve so far managed to hold off doing that.)

Working in teams, it’s so easy to share work, collaborate, peer review and idea-storm online. If you’re all on a video call, you can take it in turns to share your screen, post links to what you’re discussing, share contacts or dial in other people to a call.

If I’m really honest, when I go into a physical office space, it is usually because I know it’s what my employers expect me to do, and not because it is adding any actual value. I might share some banter with colleagues, I might even go to lunch with one of them if I have the time, I can do some shopping on the way home and if I’m lucky, someone will have brought in some biscuits. But does it make me more productive? No. Is it good for the environment? No. Is it cheaper for my employer? No.

When I managed that hot-desking project a decade and a half ago, I thought that kind of resistance to remote working would be long gone by now, but it isn’t. I’m not really sure why.

*1 If you do need convincing, have a look at some of the science that NASA have pulled together: https://climate.nasa.gov/evidence/

*2 The radio programme was broadcast live on 26 April 2019 https://www.bbc.co.uk/programmes/m0004f5j at 1hr40m in. Bear in mind the BBC only keep programmes for a rolling month, so this will expire toward the end of May 2019

*3 There’s a lot of research out there, but this is an interesting article that pulls some of it together: http://time.com/4837536/do-women-really-talk-more/ What this article doesn’t mention is that a reason why women speak less than men in meetings is because women speak less when outnumbered, which apparently isn’t true for men.