Is the ‘Don’t Fix What’s Not Broken’ Mentality Still Valid? 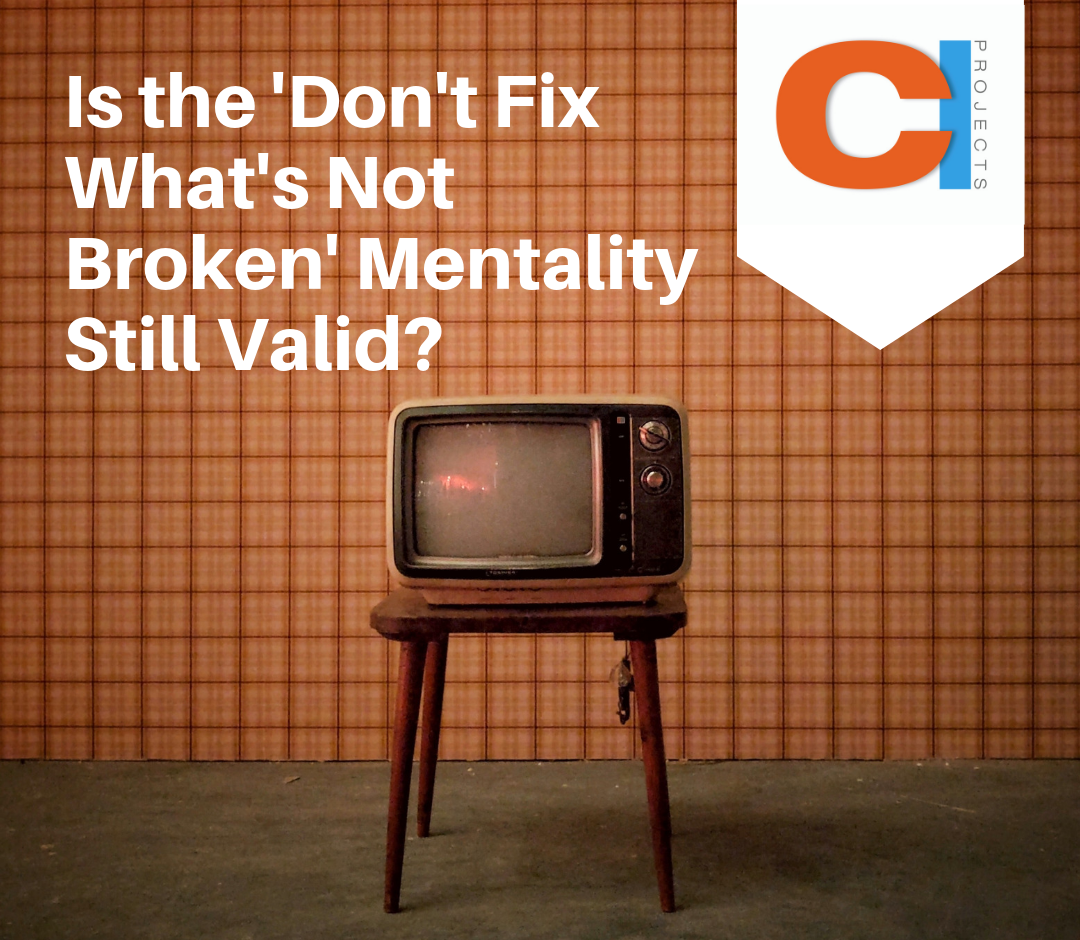 There’s an old adage that says, ‘if it’s not broken, don’t fix it’. The adage has been invoked for generations as a way of expressing a desire to not change things. It is based on the belief that change, for its own sake, is not good. But is such thinking still valid? More specifically, is it still valid in a modern business environment that seems to be evolving at breakneck speed?

The Toys ‘R’ Us Lesson

Anyone who still believes the ‘don’t fix what’s not broken’ mentality should take a good look at Toys ‘R’ Us, the once proud retailer that defined toy shopping in the 1980s. Just six months after seeking bankruptcy protection in order to reorganise, the company announced it would be liquidating all of its assets and ceasing operations.

What killed Toys ‘R’ Us? It wasn’t the likes of Amazon or Walmart, per se. It wasn’t online shopping. No, what killed the chain was a failure to innovate. What’s more, their failure was not an overnight thing. Toys ‘R’ Us was already having problems back in the late 1990s when Amazon was just a start-up and Walmart was too busy competing against Sears and Kmart to worry about toy sales.

The biggest problem at Toys ‘R’ Us was an executive management that was content to continue doing things the way they were done in the 1950s and 60s. They failed to account for what customers wanted, both in the merchandise they sold and the customer experience they presented.

Plenty of other retailers have gone the way of Toys ‘R’ Us in recent years. Maplin Electronics is another example. They did very well as a traditional retailer in the UK and Ireland. But when it came time to adapt to online sales, they never quite got it right. The company finally ceased operations after running out of money and not being able to find a suitable buyer.

The antithesis of the ‘don’t fix what’s not broken’ mentality is the idea of constantly innovating in order to stay on the cutting-edge. Horse and carriage transportation was not broken back at the turn of the 20th century when Henry Ford started building cars. It worked just fine. But cars were better, so Ford built them.

Today’s top innovators are companies like Amazon, Apple, and Google. They do not rest on the accomplishments of the past. Nor do they let past glories define future endeavours. Rather, they constantly look for what consumers want and find a way to make it happen.

Amazon is the retail behemoth it is because executive management have found a way to monitor the pulse of consumers. Amazon now has its hands in industries that have nothing to do with retail. The same goes for Google and Apple.

The fact is that change is not optional in modern business. If a company is not innovating in order to stay on the leading edge of its particular industry, it is falling behind. Remaining static is not possible. As such, the ‘don’t fix what’s not broken’ mentality is no longer valid. It’s not a matter of fixing anything. It is a matter of creating something entirely new, something that will lead to further growth and expansion.

If you need help with solving a problem or creating entirely new ways of working to avoid falling behind, find out more at https://ciprojectsltd.co.uk/