Back to Better after COVID-19 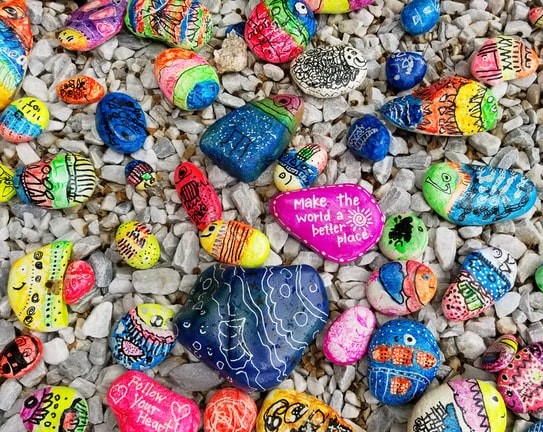 We’ve seen plenty of news coverage in recent weeks asking the question, “When will life get back to normal?” – but do we really want life to go back to the way it used to be?

The lockdown forced many organisations to make momentous advancements in technology, processes and mindsets, many of which were once unimaginable or

deemed “too difficult”, it would be a shame to undo the outcomes from this remarkable effort. The change trajectory has never been so steep, and whilst we know that life will stabilise once this pandemic is over, it would be good to maintain momentum and continue the progressive advancements at a good pace.

What has enabled these rapid and radical changes?

Some of the reasons include:-

All organisations have stripped everything back to the basics, made prompt decisions, taken a bit more risk than usual and got a lot of things done in a really short space of time.

We often hear that people change only when a crisis compels them to. Ever heard of the phrase, “burning platform”? It implies that we need to create a sense of fear or urgency in order to make change happen.

The phrase “burning platform” comes from the story of a literal burning platform. In 1988, the Piper Alpha oil rig in the North Sea exploded intensely and caused an enormous fire that claimed 167 lives. The workers locked themselves in a room in the rig, hoping that they would be saved. When they realised that their plan wasn’t going to work, three men stood at the edge of the platform and looked down into the ocean. They were faced with two choices:

It was either jump or get fried. Two of the men decided to jump into the ocean and survived as they were rescued by a sea rescue team. Unfortunately, the man who stayed on the platform burned to death.

When we’re stuck between a rock and a hard place, we find ourselves making radical decisions that could end up being for the better.

We’ve seen many real business examples of the “burning platform” in recent weeks, such as Richard Branson’s open letter to his employees asking them to take unpaid leave or risk the airline collapsing: https://www.virgin.com/richard-branson/open-letter-virgin-employees.

Branson’s call for action may be necessary in the current climate, particularly in an industry that’s on its knees, but Virgin Atlantic amongst thousands of other organisations has undergone rapid change as a result of a crisis – a “burning platform”, and it’s required full buy-in from all members of staff. Having once worked for Virgin Atlantic myself, I can appreciate just how hard these decisions will have been for all levels of the organisation.

Is rock-bottom crisis a requirement for change?

Employees shouldn’t need to be scared into changing. Are your people motivated by fear of consequences or the positive outcomes of change? By turning the “burning platform” on its head and focusing on the vision and positives, you are able to succeed in driving change just as well, if not better.

We are strong advocates of applying positive psychology when driving behavioural change. Decades of research has suggested that negative emotions cause a “narrowing effect” on cognition; whereas positive emotions cultivate a creative, flexible and broad cognitive scope. We know that the risk of failure can trigger motivation, but so can the opportunity to succeed and achieve more.

Lead your organisation through change by creating a positive vision based on what’s possible in the future and make it personal to them. Find ways to generate optimism and excitement – let them see and ‘feel’ it.

The “burning platform” works well for quick action but shouldn’t be the strategy for continuous improvement. When the lockdown is over and full business operation is restored, sustain the gains achieved so far and focus on maintaining the rate of progress by keeping your teams engaged and positively motivated.

Stop doing some of the wasteful activities you did before and breathe new life into your organisational culture.

I hope life doesn’t go back to “normal”. I hope it goes back to “better”.